The Maze Runner: Could science fiction become a reality?

Plague, global warming, and resource shortages: scarily enough, the dystopia illustrated in The Maze Runner is starting to resemble the world we currently live in. Director Wes Ball’s movie adaptations of The Maze Runner series, written by James Dashner, highlight challenges in medicine and environmental science: a deadly virus plagues the world as people cope with the aftermath of global warming.

The Maze Runner presents an apocalyptic and morosely prophetic future: Earth’s temperature has risen to uninhabitable conditions and the world lacks resources to sustain its population. In an attempt to control the population, the government (spoiler alert!) secretly releases a virus known as the Flare. However, the virus mutates into a highly contagious strain that slowly eats away at the brains of its victims, transforming them into zombified creatures without rational thought processes. To find the cure, an organization named “WICKED” (World In Catastrophe, Killzone Experimental Department) designs experimental trials for a few promising teens. After wiping the teens’ memories, the organization arranges a series of challenges, including a maze, to test the children’s cognitive abilities in the hopes of revealing a potential treatment for the Flare. The movie's plot is riveting, but could the world that James Dashner describes actually be the story of our future?

To answer this question, we must analyze the scientific feasibility of three basic foundations of the film —  the maze trials, the virus’ effect on the brain, and the manipulation of memory. The motif of mazes in science fiction is interesting not only due to their intrinsic puzzle but also because mazes are a common scientific tool. Researchers often use mazes to measure cognitive performance. In a lecture series on The Maze Runner, Northern Illinois University Professor Dr. Angela Frippo describes the Morris water maze test, a well-documented method in psychology and neuroscience experiments, in which prairie voles are placed inside a pool of water that is colored opaque and contains a submerged hidden platform. The goal of the experiment is to observe the prairie voles’ spatial learning abilities by recording how quickly animals are able to find the platform. This experiment is extremely similar to the fictional WICKED experiment, as both experimenters sought to study their subject’s learning abilities and underlying neurological mechanisms. Both the prairie voles and the teens in the Maze Runner improved their performances as time progressed, demonstrating that organisms can find solutions to the unknown even when placed in unfamiliar environments.

Granted, the maze in the series had its own challenges. It not only changed routinely but also harnessed the fear of death and suffering as a stimulus for the experimental subjects to accelerate the process of problem-solving. Regardless, the realism of the series is enhanced by its inclusion of a routine scientific method and builds upon this reality by adding more imaginative components, such as memory loss and alternating patterns, to build tension.

To explore the scientific basis of the Maze Runner series, one should also consider the relationship between the Flare and the brain. Viruses that cause brain disorders do exist in reality. For example, encephalitis is characterized by brain inflammation, mostly due to viral infections. According to the Mayo Clinic, encephalitis “often causes only mild flu-like signs and symptoms” and can also cause “confused thinking” and “seizures.” The virus usually affects the temporal lobe, which controls memory and speech, but it can also affect the frontal lobe, which controls emotions and behavior. Though encephalitis and The Maze Runner’s Flare both influence cognitive functions, the Flare virus takes the symptoms to another level entirely.

Given these differences, what could be the mechanisms behind the Flare virus? One idea is that the Flare triggers aggression in its host by destroying the prefrontal cortex and interfering with the release of serotonin. By blocking receptors through competitive or allosteric antagonists, the Flare could prevent serotonin uptake from the synapse and hijack the human body to display combative behavior. A study by Yale Professor of Neurosurgery Dr. Anthony van den Pol supports this theory by showing that viruses, like vesicular stomatitis, can change neurotransmitter levels and consequently alter behavior. Another theory is that the Flare could elicit extreme aggression by destroying γ-Aminobutyric acid (better known as GABA, a main inhibitory neurotransmitter of violent behavior) receptors and hyperactivating the amygdala (the emotional control center of the brain). Whether or not a virus can transform a human being into a zombie remains unanswered, but the extreme aggression displayed by victims of the Flare seems to be scientifically feasible.

Memory is introduced in The Maze Runner as the variable that WICKED removes to eliminate chances of interpersonal bias. However, memory serves as the central flaw of the experiment because the removal of memory transformed the test subjects from compliant ‘lab rats’ to a rebellious group of teenagers. When the teen’s memories were restored, they transformed into a combination of their old and new selves and resolved to destroy the WICKED organization. In the real world, this experiment would have failed not only due to memory manipulation but also because instant memory retrieval through the utilization of machinery is not scientifically feasible. Temporary memory loss may be possible through deliberate damage to the posterior hippocampus. Since the posterior hippocampus is the part of the brain that controls episodic memories, damaging it would result in amnesia of all the subject’s past memories. If the memory loss in The Maze Runner were to target this organ specifically, the teens would suffer retrograde amnesia (but this manipulation would still not explain how the test subjects’ memories are instantaneously restored). Interestingly, instant memory retrieval is common among animals that hibernate. Take a squirrel, for example: after a long sleep that lowers the body temperature to below freezing, the squirrel is able to find exactly where it buried its acorns. A study conducted at Carleton University suggests that hibernators re-grow their neurons faster than non-hibernators. Despite neuronal atrophy during hibernation seasons, these animals are able to promote dendritic growth at a rapid pace, enabling almost instant memory retrieval. This mechanism, obviously, does not apply to human subjects, making memory retrieval impossible. Unless Dashner’s world has developed a way to deliberately copy the neuronal pattern of the hippocampus and insert artificial neurons that have the same pattern back into the exact same position of the hippocampus, memory loss and restoration in The Maze Runner seem virtually impossible.

Several key plot points in The Maze Runner stem from real science. Mazes designed to measure cognitive ability are a common method in neuroscience research, and researchers have demonstrated the existence of brain-influencing viruses and ways to induce memory loss (albeit irreversibly). All in all, while many details in The Maze Runner are a bit far-fetched, its main ideas have strong theoretical foundations in science. 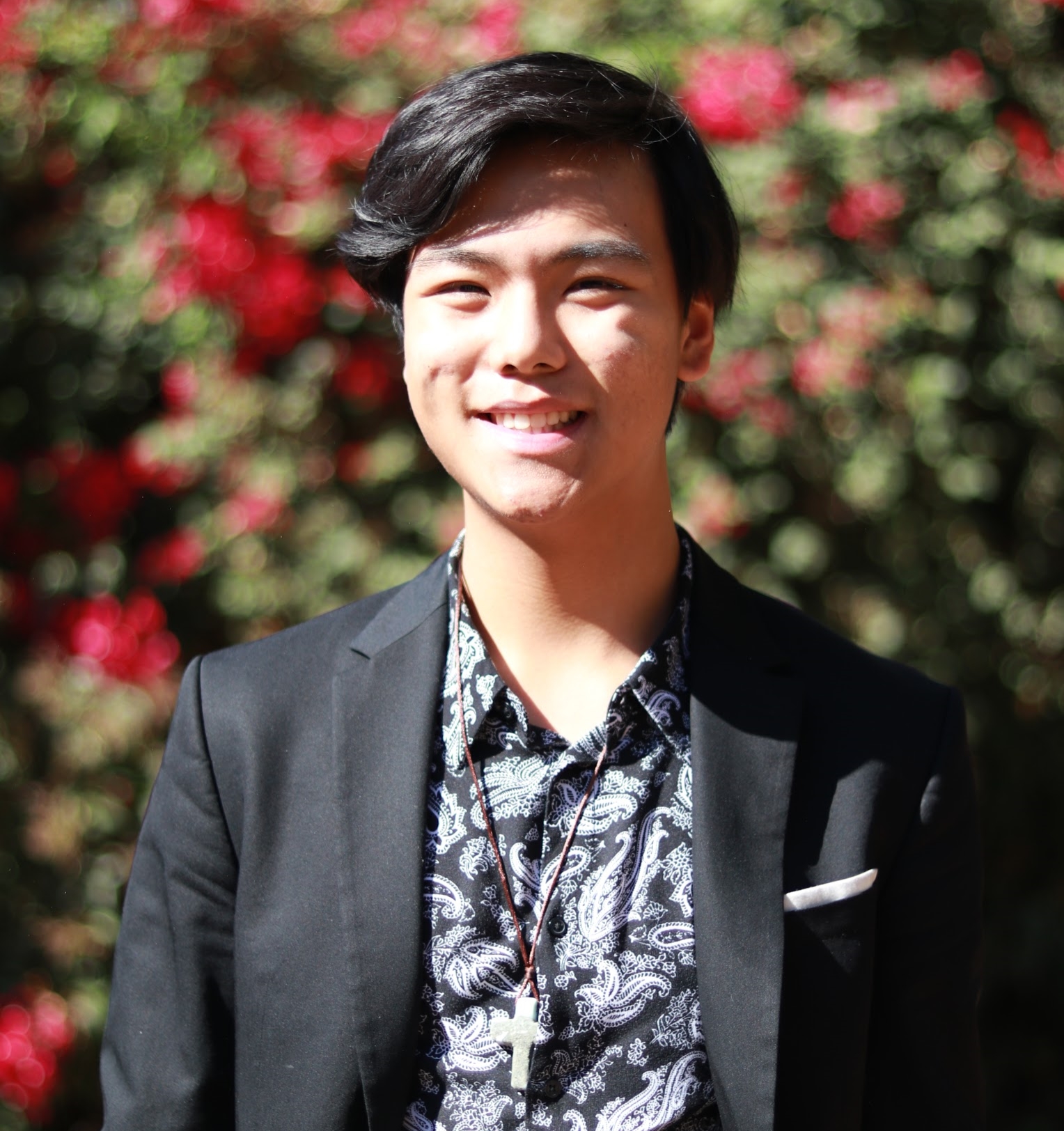 Daniel (Trinity '24) is a junior majoring in biology on the pre-med track. Daniel was raised in Seoul, South Korea and all over the state of California. On campus, He is involved in clinical volunteering, dream fulfillment for hospice patients, campus ministries and science journalism.

Science Magazine
Decoding the Scientific Jargon Used by Virologists
Kaeden Hill
Science Magazine
Science poetry: oxymoron or vital device?
Does poetry have a place in science education?
Sage Cooley
Science Magazine
How to Science101
Science Magazine
Pandemic and Inequities: What is Vaccine Inequity and How Does It Relate to Covid-19?
Cathy Xiang
Vertices
A Duke University Student Organization
HomeSubmissionAboutContact
Submit To VerticesSubscribe To Newsletter